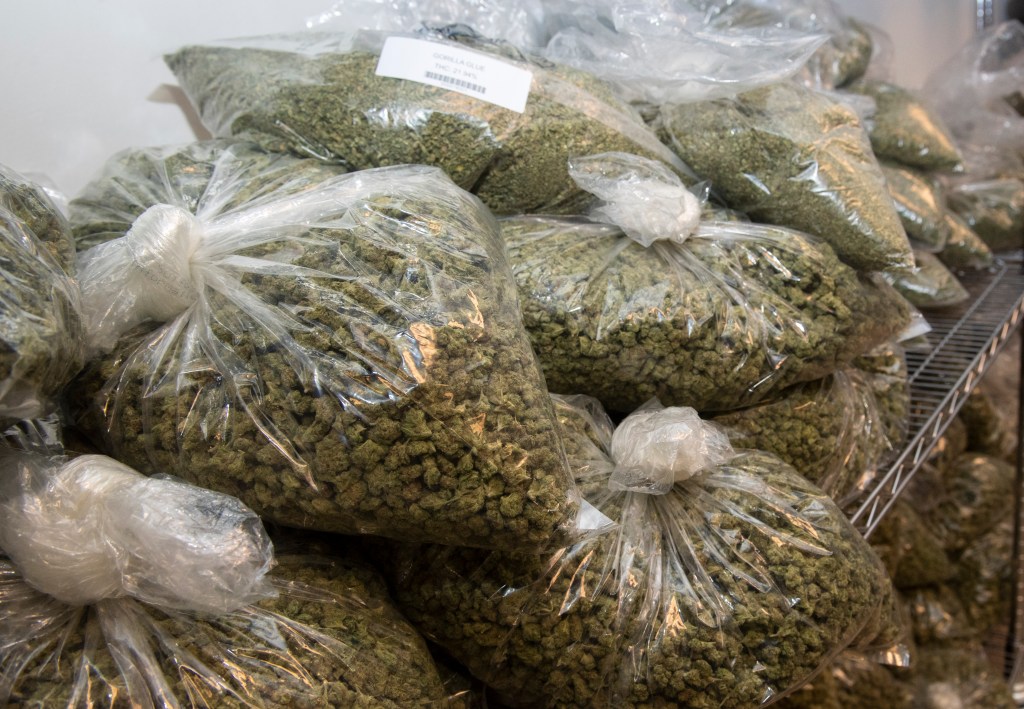 Three people, including one man who was identified as a former dispensary employee, have been arrested and charged with robbing cannabis delivery drivers in Bay Point, Concord, Antioch, and Hayward.

Three men, aged 20, 33, and 37, were charged with multiple counts of second degree robbery in connection with the robbery string.

The arrests were made after police investigated seven robberies of cannabis delivery drivers that followed a similar pattern: a driver would arrive for a delivery call, and instead be met by a gunman. The robbers made off with 50 pounds of cannabis product at one point, and made off with between $5,000 and $10,000 in several of the robberies.

One of the suspects was identified after a victim recognized him as a former San Jose cannabis dispensary employee who’d been fired for allegedly stealing $14,000 worth of products. Police also identified the three by tracing calls of the scheduled deliveries where the robberies occurred.

An AR-15 style gun with no serial number was recovered during the Contra Costa Sheriff’s investigation, police said.

Get Morning Report and other email newsletters