Dawson Julia of the United Cannabis Patients and Caregivers of Maine based in Unity demonstrates outside the Theory Wellness recreational marijuana store in South Portland, Maine, on the first day of sales Oct. 9. Two small Maine marijuana businesses filed a federal lawsuit in Maine on Oct. 19 against a state agency that oversees marijuana policy and seven recreational cannabis operations alleging their active licenses were granted illegally because they have out-of-state owners.

It’s a David vs. Goliath issue with millions at stake for businesses and the state’s tax coffers. While Maine’s marijuana law specifies that business owners granted active licenses must have filed state income taxes for four years and live in Maine, the state said in May it would not enforce the requirement because it was unlikely to withstand a legal challenge. 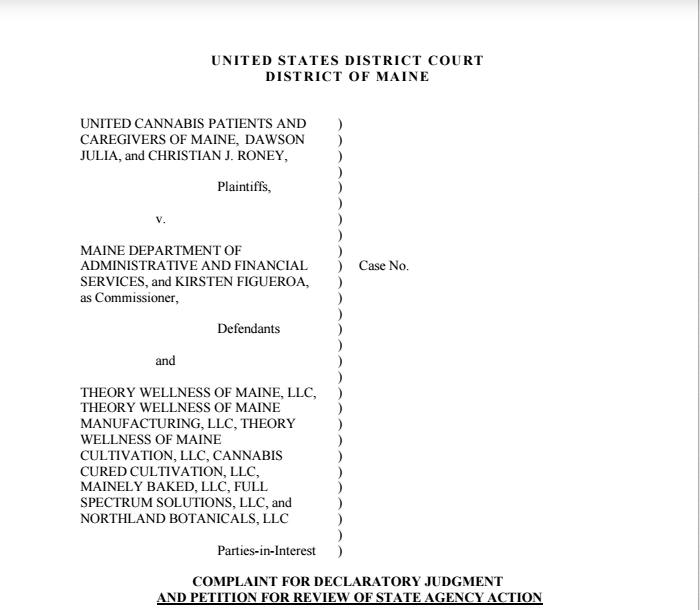