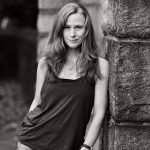 If you’re a fan of — or have even heard about — famous cannabis strains like White Widow, Super Silver Haze, or Himalayan Gold, you have been privy to the work of renowned international cannabis seed bank and genetics creator, Green House Seed Company.

The influence of Green House Seed Company on cannabis breeding and access to quality flower shouldn’t be underestimated. Green House is widely considered one of the most successful cannabis businesses in the world. Based in Amsterdam — arguably the center of the cannabis universe — Green House claims a massive haul of cannabis cups, Greenhouse Coffee shops, a seed bank filled with exceptional genetics, world famous strains, and a bold vision to normalize cannabis for patients and casual consumers alike.

Strains from the firm have won 40 High Times Cannabis Cups, 17 Highlife Cups, and many others across the globe. Founded in 1985 by Arjan Roksam and Green House’s master cultivator and head breeder, Franco Loja, their search for rare and endangered cannabis seeds was chronicled in the series Strain Hunters, a Roksam-produced work that was picked up by Vice on HBO.

But this search for the rare and unique also took the life of Loja, who died in 2017 at the much-too-young-age of 42.

Why landrace strains were important to Loja

Roksam and Loja scoured the world for rare landrace cannabis, extremely unique plant finds in an industry teeming with hybridized strains. Landrace strains are prized in the current landscape because they are frequently used to inspire and crossbreed new strains. They’re the bread and butter of legal cannabis.

For example, landrace strains like Afghani and Thai are cultivars that have never been crossbred by humans with another plant. A defining characteristic of landrace cannabis is that it is unique to its particular geographic origin, and is adaptive to the land and environment where it grows.

Over generations, these landrace cannabis plants become hyper-adapted to their environment, and create genes that protect its ability to survive and reproduce in its particular place. In turn, their genes create site-specific responses to drought, pests, ultraviolet light, and many other factors, they also play a key role in cannabinoid and terpene production. Even if pure Afghani, whose name indicates that it was found in the fields of Afghanistan, were grown in California, it would no longer be landrace since it was grown in a different environment.

Loja’s passion for life and dedication to quality cannabis genetics

Loja, better known as Franco the Strain Hunter, is a cannabis industry legend who is remembered fondly years after his passing for his enthusiasm, dedication, and energy. Renowned for more than a cannabis science and cultivation expert, he took cannabis knowledge and breeding to the next level. Loja was well-known for his humanitarian work advocating for the protection of people across the globe from disease, starvation, and unjust treatment.

Green House Seed Company’s permanent tribute to Loja states, “Franco’s high-risk, fast-paced, full gas career was only just taking off. He had invested all of his time, money, and passion into building up a future for himself and his children, while helping people in places like DR Congo. His children were everything to him, and he was an amazing father.”

Just prior to his unexpected passing, Loja had been traveling with Roksam in the Democratic Republic of Congo, researching how the non-intoxicating cannabinoid CBD could treat those with cerebral malaria, a preventable disease that takes the lives of more than 405,000 people per year, mostly African children.

A 2015 mouse study published in Neuroscience investigated how CBD can impact cerebral malaria. Research showed that five days after being infected with malaria, the mice who received CBD instead of a common malaria medicine had no memory dysfunction, an increase in neuroprotectants, and a decrease of inflammation in the hippocampus and the prefrontal cortex when compared to the group that received the pharmaceutical. The CBD-treated group also lived longer than the other cohort.

It’s impossible to know if this study inspired his trip to the Congo, but Loja’s death was caused by the disease he was working so hard to cure. He passed after a short and severe case of cerebral malaria, leaving behind a deep and revered legacy of cannabis horticulture knowledge and cultural influence.

Prior to his passing, it was abundantly evident that Italian-born Loja was passionate about the beauty of the cannabis plant and its endless medicinal possibilities.

“Cannabis is my passion, my bread, my home,” he said on an episode of Strain Hunters. “I feel it is my duty to make sure this amazing plant is preserved and enjoyed. I am a smoker, a grower, a breeder, and a strain hunter.”