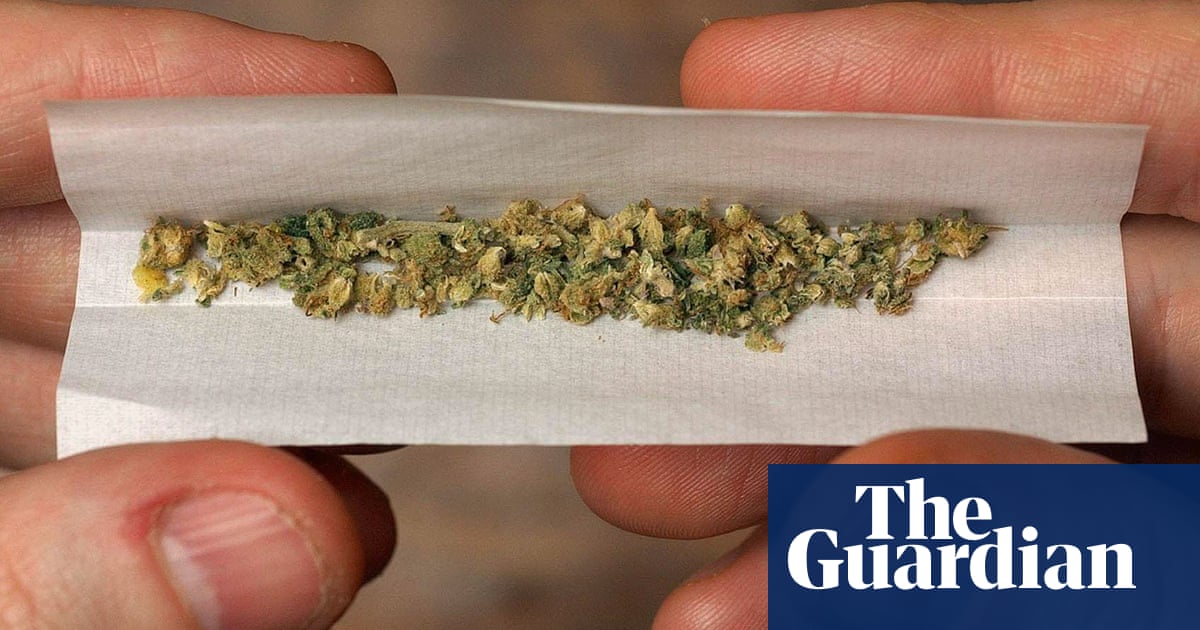 Proposals for prisons to trial a free scheme providing cannabis to inmates to ascertain whether it reduces violence, overdose deaths and addiction to stronger drugs have been backed by the UK government’s former chief drug adviser.

Prof David Nutt, from Imperial College London, said he was fully supportive of the idea and that he was considering a study on reducing prisoners’ drug dependence with cannabis in an ongoing trial.

“The idea of drug testing in prisons was not at all thought through when it was introduced in 1996,” said Nutt, chair of DrugScience, which advocates for evidence-based drug policy.

“It was punitive and it pushed people from cannabis – which can be found in urine weeks after use – initially to heroin and GHB and then to synthetic cannabinoids which now kill many prisoners a year and are easily concealable for those prison officers who smuggle them in.”

Last month, the police and crime commissioner for north Wales, Arfon Jones, told the Guardian that if justice authorities were serious about reducing harms and violence in prisons, “they should be addressing the causes” such as the cheap synthetic cannabinoid spice that is rife and can be deadly, as opposed to cannabis.

“[Cannabis] would be an improvement on the illegal spice smuggled in by corrupt prison officers,” he said, after more than 300 prison officers and outside staff were dismissed or convicted for bringing prohibited items, which can include drugs, tobacco and mobile phones, over the past five years.

Debate over the proposal has been growing. On Saturday, the Conservative and Labour candidates in May’s PCC elections for north Wales said they were opposed to the idea.

The Tory candidate, Pat Astbury, told the BBC: “There may be other ways to treat prisoners, using alternative medicines which are legal and mimic illegal drugs. One can’t be seen to break the law at the expense of the force you are representing.”

Labour’s Andy Dunbobbin said: “There are lots of ways to prevent problematic drug use but this isn’t one of them – prevention and treatment programmes in and out of prison should be strengthened and I’ll work with partners, if elected, to do so.”

He also called for drug, alcohol and mental health services which have been “decimated” over the past decade due to cuts to be properly funded.

However, Ann Griffith, Plaid Cymru’s candidate to succeed Jones, who is retiring, said a cannabis trial was “something I would be willing to cautiously explore” with criminal justice partners. “Any such initiative would need to consider any unintended consequences and would need to be based on sound evidence and robust evaluation,” she added.

Anthony Lehane, spokesman for the Labour Campaign for Drug Policy Reform, backed by 16 MPs and four MSPs, said: “Through the lens of harm reduction and public health, regular cannabis would be less harmful to inmates than potentially lethal spice and those consuming it would be likely to be easier to manage for guards.”

In 2019, an inquest jury found that a “systemic failure” in stopping drugs from entering HMP Berwyn in Wrexham contributed to the death of former prisoner Luke Jones, 22, who died after smoking spice in his cell.

A Prison Service spokesperson said: “We have a zero-tolerance approach to drugs and work closely with healthcare to support offenders through treatment and recovery.”

About 13% of men across the England and Wales prison estate reported during a recent official survey that they had developed issues with illegal drugs while incarcerated.

Jones has previously said it was a national scandal that people were “dying needlessly” because governments refused to embrace a radical new approach to drug policy, such as legal regulation to reduce harm.