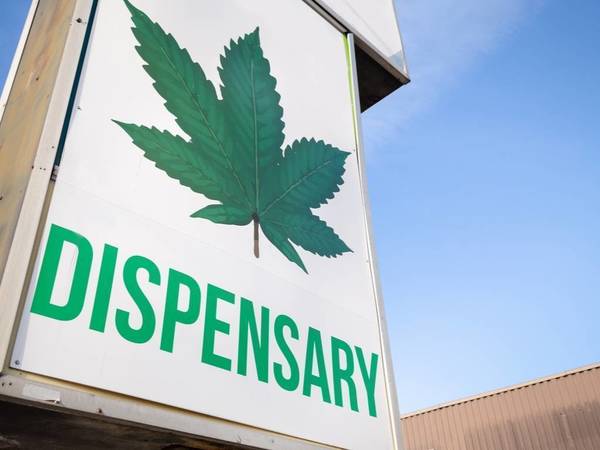 BORDENTOWN TOWNSHIP, NJ— The Bordentown Township Planning Board unanimously gave the go-ahead for a medical marijuana dispensary to be built on Route 130 at its meeting on Thursday night.

Curaleaf, a Massachusetts-based company that serves more than 350,000 registered patients in twenty-three states around the country, got preliminary and final site plan approval on its proposal to open a location at 191 Route 130 North.

Curaleaf will modify the existing site, currently operated by Stony Brook Sew and Vacuums, into a one-story, 9,315 square foot structure from which the dispensary will operate.

Our newsletter delivers the local news that you can trust.

The Bordentown site will be for retail sales only, and that cultivation, manufacturing and packaging would not occur there. Curaleaf executives have said that the product delivered to the Bordentown site would be completely secure, packaged and in final-sales format, and that the company meets and even exceeds standards of procedures set by the state of New Jersey.

At Thursday night’s meeting, Chris Melillo, Curaleaf’s Senior Vice President of Retail operations, also detailed the ways the company secures its inventory. Calling their procedures “100 percent controlled”, Melillo noted that its product is held in a “DEA cage” and that employees must electronically enter the cage, so Curaleaf knows who enters, and when, at all times. The proposed site will have significant camera placement in all areas of the building and property, most especially at controlled access points. Futhermore, their inventory is tracked by a “seed to sale” biotrack system, so that Curaleaf knows where its entire inventory is at all times, even after it is sold to a customer. Melillo also said that Curaleaf would be hiring a full-team of security officers, plus supervisor, to secure the dispensary.

Melillo also emphasized that zero consumption of cannabis products will occur on the Curaleaf property. Stressing that Curaleaf “takes that very seriously,” Melillo noted that zero consumption is a strict protocol the company upholds, and that both cameras and security teams monitor the property 24 hours a day, 7 days a week to ensure that this policy is upheld. A violation, Melillo said, could jeopardize their license with the state of New Jersey.

It was also stressed that the application being considered was strictly for medical marijuana, and that if recreational marijuana is legalized in the state of New Jersey, Curaleaf would have to come back to the Board for a use approval to expand beyond the medical dispensary- if they chose to go that route.

Robin Neglia, a Township resident who has a severe neurological condition and is registered with the state’s Medical Marijuana Program, thanked the Mayor, Deputy Mayor and Board during the public comment portion of the meeting. “It’s been a struggle for me to go 45 minutes north or 45 minutes south of here to get my prescribed medications,” Neglia said. She expressed appreciation to Curaleaf for wanting to build a dispensary in Bordentown.

Curaleaf already operates eighty-eight dispensaries in the United States, including one in Bellmawr, Camden County. It recently became the biggest cannabis company in the world by sales, with expected annual revenue of about $1 billion.

Know a story we should share with readers? Email Editors Elizabeth Meyers and Kristin Antonello and tell them about it.