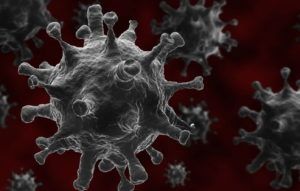 ARDS is a severe lung injury that leads to significant morbidity and mortality, especially in older people, and the most common cause of death among COVID-19 patients.

Many of the symptoms of the disease caused by the SARS-CoV-2 virus result from excessive inflammation after the release of cytokines, which can be suppressed by THC through its ability to bind to CB2 receptors, found primarily on cells of the immune system.

“We have extensive pre-clinical evidence that the active pharmaceutical ingredient in ARDS-003 has a profound effect in inhibiting the factors that lead to excessive immune system activation,” says Dr. Guy Chamberland, CEO and chief regulatory officer of Tetra Bio-Pharma.

He adds that ARDS-003 will have “the advantage of impacting several pro-inflammatory signaling pathways, enhancing the potency of the drug to rapidly dampen the cytokine release and prevent the extreme outcomes like ARDS, which can be likened to drowning as the lungs fill with fluid.”

Phase 1 testing of ARDS-003 is scheduled to begin in December and will consist of a randomized, double-blind, placebo-controlled human study. In this first trial, they will test the drug on healthy adults to confirm it is safe and tolerable and learn more about how it is absorbed and metabolized by the body.

If Phase 1 is successful, the next step – to ascertain safety and tolerability for those with COVID-19 – will take place in the second quarter of 2021.