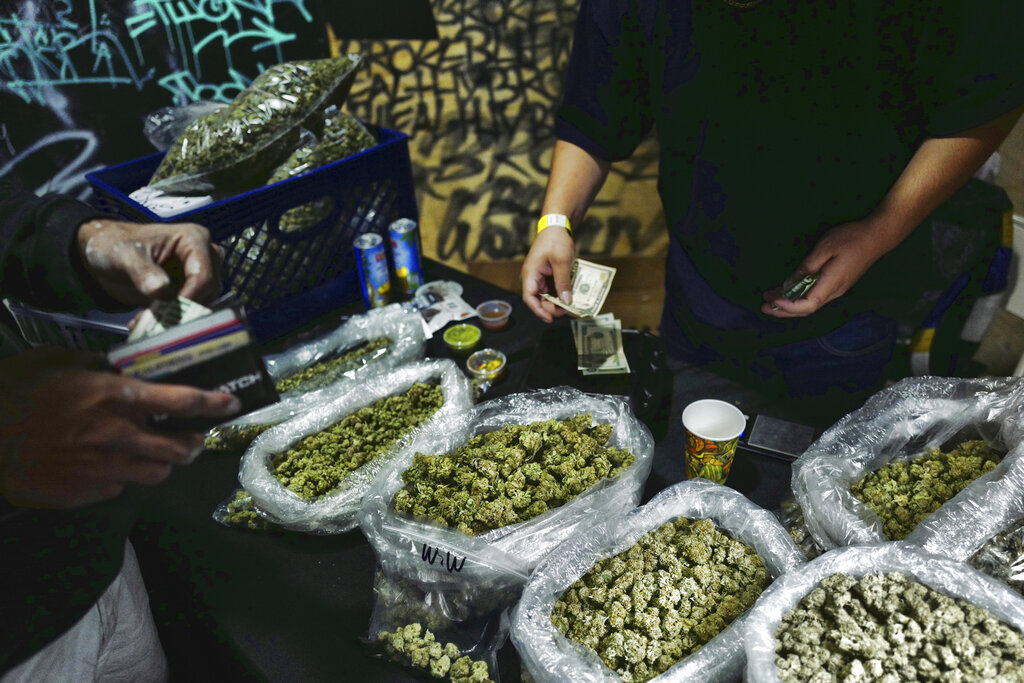 Massachusetts cannabis retailers have vowed a fight over controversial new marijuana delivery rules that regulators are expected to pass on Monday, which prioritize minority applicants and would enable courier companies to buy and sell marijuana wholesale without a brick-and-mortar business.

“We’re not holding breath — it’s a done deal. Tomorrow is a mere formality at this point,” said David Torrisi, president of the Commonwealth Dispensary Association. “But we’ll be looking at legislative and legal action. Our fight does not end tomorrow.”

The Cannabis Control Commission on Monday is set to vote on a set of draft regulations for recreational marijuana that include two license categories for delivery. The regulations will be a first for recreational pot, but delivery is already allowed for medical cannabis.

A limited-delivery license allows a business to function as a courier service, similar to third-party food delivery apps like Uber Eats. The wholesale delivery license — which some dispensaries take issue with — would allow businesses to purchase directly from cultivators and wholesalers and sell directly to consumers through deliveries out of a warehouse.

“They can dress it up however they like but if you can buy wholesale and sell directly to the consumer — that’s an online retailer,” Torrisi said.

Advocates for the proposal point to it its potential to jumpstart the state’s floundering social equity efforts. The law that promised to provide a pathway into the cannabis industry for victims of the “War on Drugs” by giving those people priority approval for business licenses has so far approved barely over a dozen.

Both delivery licenses would be offered exclusively to social equity and economic empowerment candidates for the first three years, according to the draft regulations.

“We’re way behind,” said Marion McNabb, Ph.D., president of the Cannabis Center of Excellence. “There are very few social equity or economic empowerment candidates actually issued licenses compared to other applicants. This is an opportunity for the commission to take a bold stance to advance equity.”

Pure Oasis owner Kobie Evans was the first economic empowerment candidate to open a retail pot shop. It was also Boston’s first recreational use store. He said he has no plans to seek a delivery license himself, but said it’s a real opportunity that “directly supports equity for a number of applicants having a hard time overcoming obstacles.”

Barriers to entry including up-front capital costs and fees paid to host communities by retailers, wholesalers and cultivators are often blamed as road blocks for equity candidates.

“There are more obstacles in this path for people of the minority community and the last vestige is delivery and trying to get that set up is an obstacle in itself,” Evans said.

The Cannabis Control Commission has been considering a recreational delivery proposal for three years. A vote has been put off time and time again.

Cannabis Control Commissioner Shaleen Title said she expects to vote “yes” and said it was important for the process to play out.

“These regulations are a culmination of a long process of publishing drafts, holding hearings, reviewing public comments, and responding to the public comments with revisions … . It was important to ensure that constituents had an opportunity to participate throughout the regulatory drafting process,” Title said.