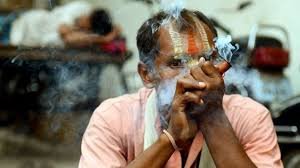 It’s not often we see this sort of op-ed in the normially moribund conservative Indian media.

Are we seeing a shifting of attitudes? India would benefit a great deal from managed regulation of both hemp and cannabis , we believe and could (excuse the pun) nip China in the bud with better quality and more transparent production of both, but especially hemp.

Remember it is known as Indian hemp!

The Financial Express reports below and it isn’t hard to draw parallels with other jurisdictions with regard to who the legislation actually affects and always negatively.

India’s cannabis problem is not just about its use

This is not just about Rhea Chakraborty, it is about the indiscriminate arrest of users; time to decriminalise this..

The arrest of actress Rhea Chakraborty under the Narcotic Drugs & Psychotropic Substances (NDPS) Act for procuring and paying for marijuana derivatives should be a moment for reflection over a host of issues. While Chakraborty’s role (and that of others, as alleged by a concerted social media and TV news campaign), if any, in actor Sushant Singh Rajput’s death should be established following the due probe-process, the Narcotics Control Bureau’s arrest of Chakraborty for procuring some marijuana—widely used in India for recreational, ‘spiritual’, and medical purposes—seems to have less to do with ‘justice’ for the deceased actor than with answering a frenzied demand for action from a campaign that is steam-rolling any nuance in the matter.

In the present instance, it is worthwhile to look at how India’s front line drug law, the NDPS Act, has become a tool of driving criminalisation. This has been despite many developed jurisdictions finding in favour of decriminalising drug use, especially marijuana/cannabis derivatives, and a few liberalising their drug laws to legalise non-medicinal/non-industrial use.

A study by researchers at Vidhi Legal shows that 59% of the persons arrested under NDPS Act in 2018 were found to have the contraband substance for personal use—this would mean that the implementation of the law is skewed towards punishing drug users more than traffickers. Vidhi’s analysis of data from Mumbai shows, 97-98% of the cases in 2017 and 2018 involved ‘possession for personal consumption’. And, though cannabis constituted just Rs 6.2 crore of the Rs 60.6 crore worth of drugs seized in Maharashtra (2016), it accounted for a whopping 87% of the arrests and conviction among the cases where information on the drug involved was available.

Also, case data shows that those likely to be arrested under NDPS, and within that, overwhelmingly for some form of marijuana possession, tended to be from the poorer strata of the society. With convictions almost a certainty—nearly 91% of those charged were convicted, despite the NDPS Act having a reformative approach towards addicts—and young persons (<40 years of age) accounting for 88% of the accused in the cases analysed by Vidhi, criminalisation of cannabis use seems to be worsening the problem for society. Indeed, against the backdrop of the mammoth pendency in courts and the overburdened police, adding NDPS cases only clogs the criminal justice system further.

Apart from that, a prohibitionist approach to drugs like marijuana is only likely to push habitual users to more unsafe alternatives—and if criminalisation punishes the poor more, these problems are greatly compounded.

Indeed, India’s history with cannabis should inform its future course of action—its recreational and medicinal use finds mention in ancient texts, and it continued to be regulated, but not criminalised commodity well after Independence. Indeed, the ‘spiritual’ use of marijuana has contributed to India’s legislative schizophrenia on the plant—some cannabis products are illegal while bhang continues to be legal.

Though the US’s ‘war on drugs’—problematised by, not least of all, racism—influenced the direction the global and individual-nation drug policy (including India’s) took, 26 states in that country have summarily legalised marijuana while 11 are considering legalising it for personal consumption. For an economic perspective on how much India loses from criminalising marijuana, consider the fact that it accounts for just 0.001% of the $4.7 billion market for hemp products despite hemp being traditionally used in the country in, among other things, construction. It isn’t hard to imagine the revenue gains from legalising and taxing the drug, given there are over three crore marijuana users in the country, apart from the savings on reduced criminal-justice expenses. Perhaps, one way could be to adopt Sikkim’s approach—the state’s drug law takes a public health approach on addressing drug use rather than a criminalisation approach; under this, problematic users are pushed towards de-addiction and rehabilitation rather than serving time.