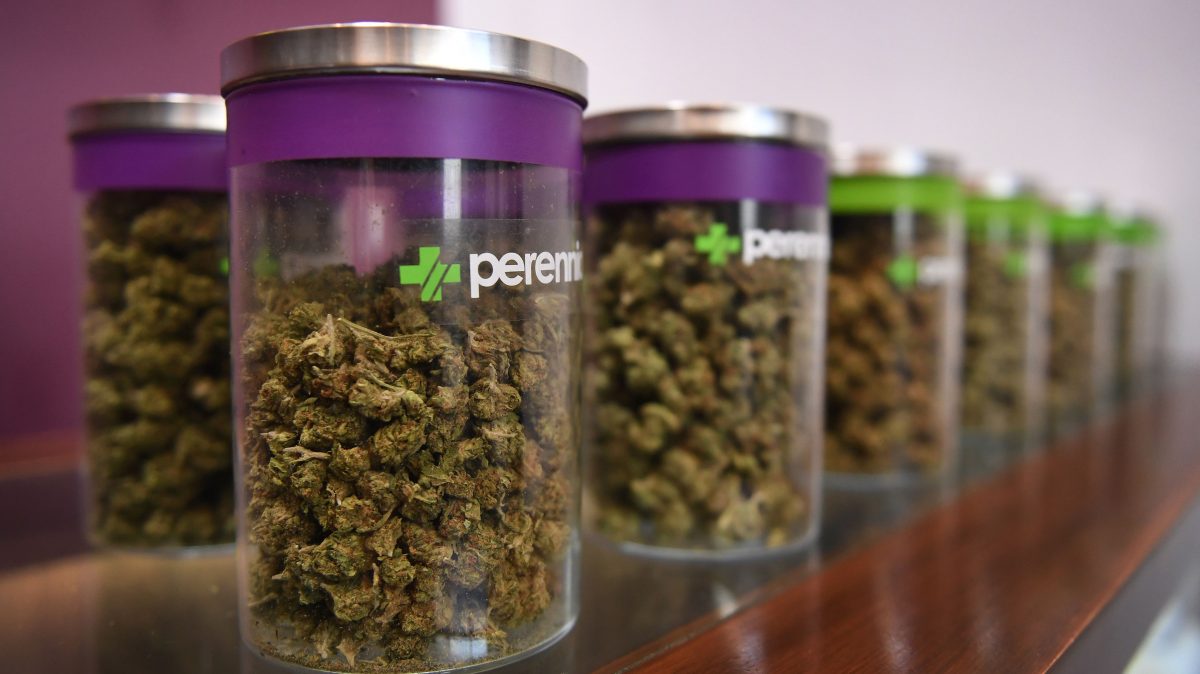 Now that 15 states have legalized the use of recreational cannabis — and only six states still count it as fully illegal — industry experts say the federal government is facing more pressure to ease its tough standards on the use and sale of the drug.

President-elect Joe Biden has promised to tackle criminal justice reform — including marijuana laws, and Vice President-elect Kamala Harris was an early supporter of the MORE Act, which would lay the groundwork for federal decriminalization by expunging marijuana convictions and prohibiting the denial of benefits on the basis of a “cannabis-event.”

Businesses in the $17 billion cannabis industry would benefit from full legalization with easier investment and banking opportunities, much of which is regulated federally. And state and federal governments may profit from a simpler tax scheme on the drug.

“If you don’t allow that legal operation, somewhere in the community, the sales will continue,” Chris Lindsey, a legislative analyst of Marijuana Policy Project, told Marketplace.

Lindsey compares current federal cannabis policy to alcohol prohibition in the 1920s. Prohibition made it federally illegal to produce, import, transport, and sell alcoholic beverages but consumers were safe from prosecution. This led to criminal organizations controlling a black market and — most importantly — gaining all the profits.

“The federal government really just needs to stop becoming a hindrance,” Lindsey said. “This is not a bipartisan issue, the culture war on cannabis is over.”

The uncertainty can make it hard to do business without a regulatory system that allows cultivation, processing, and sales under a federally-mandated framework, according to Lindsey.

In 2014, Colorado became the first state to allow recreational cannabis to be sold. Six years later, a total of 15 states — including South Dakota, Montana, Arizona, and New Jersey who all passed ballot measures in the most recent election — have followed suit.

In 2019, legal cannabis brought in around $1.9 billion in state and local taxes. Matt Karnes, a former auditor and equity analyst, who now runs the research group GreenWave Advisors, said that the market value of the industry could be around $70 billion if it were federally legalized, which would allow for considerably more in tax revenue.

For example, Oregon has 17% sales plus a 3% added tax for certain state localities on retail marijuana. In comparison, Washington state charges a much higher rate of 37% on excise and 8% on sales tax. These neighboring states have shown a stark difference in approaches to taxation and revenues.

Karnes said it is just a matter of time before Pennsylvania, New York and Connecticut expand their medical marijuana programs into legal recreational-use. These big markets for cannabis — all bordering recently legalized New Jersey and each other — would make it easier for big food, beverage, and/or pharmaceutical companies to feel comfortable entering the industry, Karnes said.

This might push out some of the smaller producers and retailers who have been controlling legal cannabis. It all depends on how the federal government approaches new cannabis legislation in the coming years.

“Like any business or any industry, the rules of the game are going to have a huge effect on who wins and who loses,” said John Hudak at the Brookings Institute, an expert on state and federal marijuana policy.

Carl Davis, research director at the Institute on Taxation and Economic Policy, studies states’ cannabis tax structures and he said one problem is that most states’ excise tax is based on price not weight.

“In the states that have built their system around prices, if you see a big price cut happen, there’s going to be an automatic state tax cut as well,” Davis said. “And so not only are you losing revenue, you’re actually exacerbating any price decline.”

Goods such as gasoline or alcohol are taxed by volume, so the amount of tax revenue a state or the federal government makes is built into the amount produced and sold.

Some states like California, Maine, and Alaska have built their cannabis tax systems to partially factor in weight or volume, but for the most part taxing is dependent on the price of the product.

For now, demand is still high providing favorable prices for both businesses and to the states that are taxing the products, Davis said. “But the writing’s on the wall, the price is going to fall a lot in the years ahead.”

Competition between states and among cannabis businesses will expand the market causing prices to fluctuate. How much prices move is dependant on how the federal government decides to tax the cannabis industry as it decriminalizes or legalizes marijuana, according to Davis.

The current nationalized marijuana prohibition outlaws interstate commerce — even among neighboring states that have legalized cannabis — but a federal mandate changing that would alter the dynamics of marijuana businesses, said Hudak at the Brookings Institute.

“States don’t like doing what they’re doing with cannabis: tiptoeing around, violating federal law, hoping that the feds don’t swoop in and crack down on them,” he said.

Even if they could expand operations, getting the funds to do so might be a challenge. That’s because the current prohibition makes it impossible for marijuana businesses to apply for loans with most large federally-insured banks, leaving companies few options for financial resources.

In addition, IRS code 280E prevents marijuana businesses from taking tax deductions. Marijuana businesses can’t factor in deductions of wages and benefits of retail employees, rent, or utility payments into their profit calculations because they deal in a controlled substance.

And without those funds, U.S. businesses are missing out on major opportunities, Hudak said.

“There are countries that are eating America’s lunch in that sense,” he added.

As a nonprofit news organization, our future depends on listeners like you who believe in the power of public service journalism.

Your investment in Marketplace helps us remain paywall-free and ensures everyone has access to trustworthy, unbiased news and information, regardless of their ability to pay.

Donate today — in any amount — to become a Marketplace Investor. Now more than ever, your commitment makes a difference.