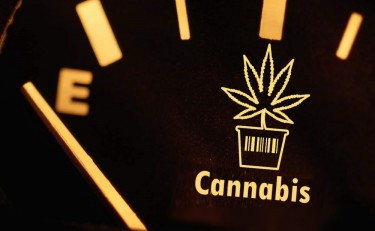 Best method of consuming cannabis to make it last!

I just recently wrote about the average costs of cannabis and, hopefully, the article provided some valuable insight on your own consumption habits in comparison. Considering that some people can spend up to $2500 per year on cannabis – I thought a great complementary article would be on “Cannabis Conservation Tricks – “How to get more puff per dollar”

When money gets tight and you need to budget your cannabis consumption habits to endure the entire month – this article is designed for you. Essentially, we’re talking about what is the most efficient way of consuming weed to ensure that you get more for your buck.

If you’re on a budget, I highly recommend that you stay away from smoking joints or blunts and especially bongs.

Yes, this method of consumption is polled as the “most popular way of smoking weed”, but the truth of the matter is that you’d get much more mileage from smoking a pipe compared to smoking a joint.

The problem with joints is that they burn a lot of weed and send it wafting into the air so carelessly. All that pretty smoke coming from the cherry is THC that you could have been smoking but you’re too busy trying not to cough.

Sure, you can pace yourself with joints. But we’re looking for the Most Efficient and while pacing a joint is more efficient it’s still less efficient than a pipe.

So Pipes? We Smoke Pipes?

Pipes surely are far superior to joints, blunts and bongs when measuring efficiency of consumption. With pipes, you don’t need to spark a joint to take a few puffs. Rather, you can take out a precise amount and torch it to the netherworld.

This makes pipes more efficient than joints, but not all pipes are created equal.

So if you’re going to use a pipe as your go to method for preserving your weed, I’d highly recommend getting a “Hitter”.

For those unfamiliar with the terminology, “hitters” are small little pipes with a capped end. On the end of the hitter, there is a small opening where a flame can enter. You pack the center of the pipe, pop on the lid, and light it on fire.

As you take the hit, the pipe burns the weed, but the moment you stop smoking – it immediately snuffs out the fire.

This means that you’re able to get even more mileage from a bowl than a regular “open top” pipe.

Just something to consider

However – while hitters are far superior to blunts and joints and bongs, they are no match for the true king of ‘Scrooging your weed’ which are of course – “Dry Flower Vaporizers”.

Dry Flower Vapes are the Tesla’s of Paraphernalia

If you’re looking for the absolute best in preservation, nothing beats a dry flower vaporizer. A handheld device like a Pax or any similar product will get you the most mileage for your bud.

A few years ago I wrote an article where I compared vaping to regular bud smoking and with my own personal tests found that I got roughly 4x the amount of tokes per bowl compared to a pipe.

More importantly, you have AVB available. During the times when I used to smoke tobacco, AVB-Joints were a wonderful substitute that would take away the nicotine edge while not getting you shitfaced stoned.

You can also make a mild AVB-milk from the leftovers, making the recycling of weed an actual possibi9lity. With pipes, you smoke and trash. With Joints and Blunts, you could save the roaches and have a “Roach Joint” later, but this will not compare to the mileage you get from using a vaporizer.

Granted – vaporizers like Pax can cost you a few hundred dollars, but the savings you’ll make over time is well-worth the investment.

Apart from the cost-saving benefits of vaporizing, you also get the added benefit of not inhaling smoke. It’s far less strenuous on your respiratory system and will reduce the even minimal harms from cannabis smoke.

The Big Take Away

When it comes to efficiency there is currently no better way to consume cannabis as vaporizing. Of course, tinctures is an entirely different category and can actually be more cost efficient, but it won’t produce the same effects as smoking. For those who consume cannabis for recreational purposes – vaping is your best bet!

As mentioned, this method does require an initial investment and I would recommend buying a good one with a warranty. After a few stashes vaped, you’ll have recovered your investment wondering why you weren’t vaping before.

RUN OUT OF WEED? READ MORE..

HOW TO MAKE SURE YOU NEVER RUN OUT OF WEED AGAIN!