Hippie culture and the 1970s have become synonymous with and the revival of cannabis in the US. With free-loving music festivals and pot-fueled rock’n’roll, you would think that everyone was getting high as the sky on some legendary buds — but was the weed really hitting like that?

The short answer is probably not. While the weed undoubtedly contained THC, it pales in comparison to anything in your local dispensary today. From potency to flavor, there are a number of reasons why weed today is simply better.

Just as getting high has become a science, so has growing weed.

As yet another result of legalization, cannabis farmers have been empowered to experiment with techniques and even tailor their own signature genetics for targeted results. Some cannabis is grown indoors with surgeon-like precision and other growers let nature do its thing under the sun.

Weed even looks and tastes different now. Back in the ’70s, much of the cannabis imported stateside was a mixture of leaves, stems, flowers, and hodgepodge pieces of the plant. Very little of the brick-packed, mass-produced product was actually the feminized flower that we now expect. In contrast, now we have big, sparkling buds with an entire rainbow of colors, smells, and flavors. 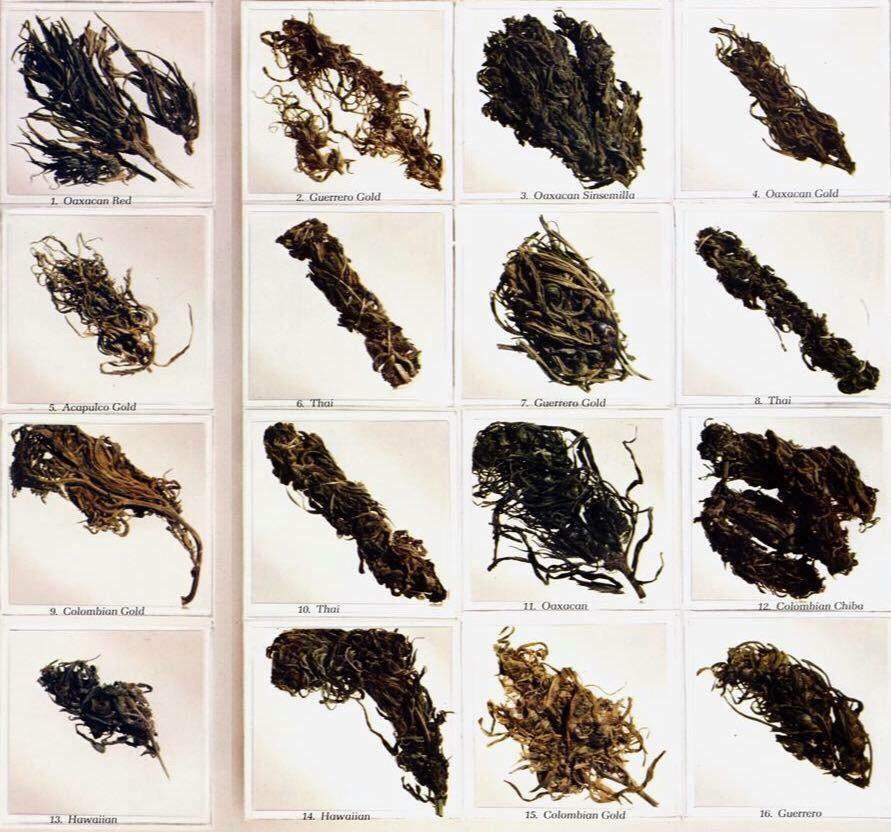 The top strains of 1977 as shown in High Times Magazine

As each plant is handled with the utmost care, we now have super potent buds with an array of uses: some flower is purposefully grown to reduce anxiety, some are designed to improve your mood, and others may simply aim for a THC-rich strain with some potency levels surpassing 30%.

Whereas, samples from the Potency Monitoring Program found that the average potency level of cannabis seized by law enforcement in the 1970s was around 3%-4%. The size and scope of the samples seized varied enormously, so it’s difficult to say if this is an accurate representation of all hippie weed — but damn, that is a huge difference. The reasoning behind this massive increase in potency is in part due to the growing techniques available to us today.

Perhaps the most glaring difference between weed today and that of yesteryear is the legality of it all. Today, we get to reap the benefits of walking into a dispensary and choosing what strain we would like, while in the 1970s, The War on Drugs was in full swing.

Consequently, the vast majority of cannabis consumed was imported illegally from source countries like Colombia. It’s estimated that around 72% of cannabis in circulation was brought into the U.S. rather than produced on the homefront like today. Between growing time, poor packaging, transportation, and distribution, the cannabis found in the 1970s were on average much older and much staler due to the time it took to get from farm to consumer.

People also weren’t picky about their weed in the 70s. While it was no mystery that people were frequently sparking up, cannabis culture was forced underground thanks to President Nixon. Thus, any weed you got your hands on could only be attained through illegal means. Users had no idea where the buds came from, who grew them, the potency, or even if it was weed. This also meant weed was simply harder to get, so oftentimes you got what you could and didn’t complain.

Needless to say, the freedom to openly walk into a dispensary or get lab-tested weed delivered to your house is truly a luxury.

Getting high has become a science.

Along with modern-day legalization comes modern-day money being poured into cannabis research. Even in the first few years of research, we have learned about terpenes (what they smell like, what they do, their role in wellness), the endocannabinoid system, the entourage effect, extraction methods, and so much more — all of which would sound like a bunch of mumbo-jumbo 50 years ago.

Even as a consumer, we now have access to the lab results of every bud we buy. We can rest assured that the weed is safe, free of chemicals, and potent: a vast improvement from hippie weed.

Bottom Line: We Know Better So We Do Better

Overall, the biggest difference between modern-day cannabis and weed from the 1970s is we simply have a wealth of knowledge at our fingertips that didn’t exist back then. There is an endless amount of resources not only through books and anecdotal knowledge, but a little thing called the internet that allows us to swap knowledge with cannabis lovers all over the world.

We’ve learned from the mistakes of old in order to make a better product for everyone — and we salute our hippie brothers and sisters of the 70s for laying the groundwork for our success.